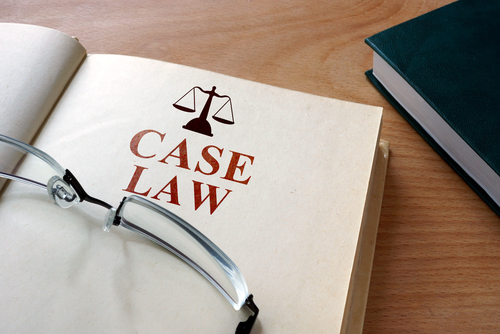 The types of cases our law firm has handled include defending fiduciaries in probate disputes, filing actions to compel fiduciaries to account for estate assets and to remove fiduciaries for negligence and mismanagement, litigation to recover estate assets such as foreclosure, and guardianship matters involving appoinments by the Superior Court of New Jersey.

Below are samples of some of the recent estate and guardianship matters that our attorneys have handled:

Our firm was retained by three siblings to remove their brother as the administrator of their father's estate, to appoint a substitute administrator, and compel a sale of real estate in Jersey City, New Jersey. The case was filed on July 7, 2017. The Court ruled in our clients' favor, and the property is under contract to be sold.

The central issues in the case were whether the Decedent lacked testamentary capacity to execute the death bed Will and quitclaim deeds, and (2) whether the Decedent was unduly influenced to execute these documents.   After a year of hotly contested litigation, we obtained a favorable settlement for our client a week before trial.  The Decedent’s brother later attempted to vacate the settlement and appealed the trial court’s decision to uphold the agreement to the New Jersey Appellate Division. The Appellate Division denied the appeal in favor of our client and affirmed the trial court’s decision.

In this case, we defended a client against claims brought by the Court appointed Administrator of her father’s estate, accusing her of converting personal property from her father prior to his death, including Certificates of Deposit that were jointly owned by our client and her father. Our client countersued the Administrator for reimbursement of expenses that she had advanced to the estate and for unjust enrichment.  Our firm was able to settle the case at mediation, enabling our client to avoid a potentially costly trial.

The firm’s associate, Eric Reiser, was appointed by the Court as counsel for an 80 year old woman who was allegedly incapacitated in an action filed by the Bergen County Board of Social Services.  As counsel for the ward, Mr. Reiser was tasked with performing an investigation of the claims and allegations asserted in the action, namely, whether the ward lacked required a legal guardian to take care of her financial and medical affairs and if the ward was being financially taken advantage of by certain individuals who appeared to be after her $1 million in assets.  Mr. Reiser’s investigation spanned over the course of several months and involved interviewing the ward and several other witnesses, reviewing various financial documents and addressing other legal issues that arose with regard to the ward’s health and finances.

Because at the time there were no known family members of the ward, at Mr. Reiser’s recommendation, the Office of the Public Guardian was appointed as temporary guardian of the ward during the pendency of the case to ensure that she was properly taken care of given the serious questions regarding the ward’s mental faculties.   At the conclusion of his investigation, Mr. Reiser submitted a report to the Court agreeing with the assessment of the Doctor’s who had been retained by the Bergen County Board of Social Services that the ward was incompetent and unable to manage her own affairs, and recommended that Jewish Family Services of Bergen and North Hudson (“JFS”) be appointed as guardian of the ward. Mr. Reiser’s recommendation as initially contested by the ward’s financial planner who was seeking guardianship of the ward and the ward’s previously undisclosed daughter, who had been estranged from the ward for years. Ultimately, the Court agreed with Mr. Reiser’s recommendation after a hearing and JFS was appointed as guardian for the ward.  As a result of Mr. Reiser’s investigation and recommendation, the ward’s $1 million in assets were preserved and the ward is living comfortably under the guidance and care of JFS.

Our firm was retained to provide general counsel to a court appointed guardian and to file a Verified Complaint and Order to Show Cause authorizing the client to sell the ward’s personal residence pursuant to N.J.S.A. § 3B:12-49 and R. 4:94-2. Prior to commencing the action, the ward’s health had declined and she was moved into a nursing home for full time care. Our client determined that it was in the ward’s best interest for the ward’s home to be sold so that there was enough money to pay for the ward’s increased cost of health care.   As part of the application, we assisted the guardian in retaining a real estate broker and obtaining two appraisals from licensed appraisers to demonstrate the property’s value and justify the listing price.  The Court agreed with client’s recommendation and was permitted to sell the ward’s home.

Eric Reiser was appointed by the Court to serve as guardian ad litem for a 94 year old woman suffering from advanced stage dementia/Alzheimer’s disease (“Ward”).  The Ward was also legally blind and wheel chair bound.  The Ward’s husband filed a lawsuit against their children seeking to avoid certain inter vivos asset transfers that the woman and her husband had made to their children in 2005 on the basis of undue influence.  The central issues in the case were whether the Ward should be joined as a party in the lawsuit and if the husband’s claims had any merit. Mr. Reiser conducted an investigation and submitted a report to the Court concluding that there (1) was no factual or legal basis to support the husband’s claims against the defendants, (2) the Ward’s financial and physical well-being would not be advanced by the Ward intervening in this case as a plaintiff, and (3) the husband’s complaint should be dismissed with prejudice.  Based on Mr. Reiser’s recommendation, the husband’s complaint was dismissed.

Our firm’s associate, Eric Reiser, was appointed as Guardian Ad Litem for a minor child in connection with his mother’s application for the release of her son’s personal injury settlement funds on deposit with the Surrogate’s Court to pay off a tax lien that was being foreclosed on her residence.  Based on Mr. Reiser’s recommendation to the Court, the mother’s application was granted on the condition that she (1) tender the balance due on the tax lien to the Surrogate’s Court prior to the Court release the settlement funds, and (2) that she execute a note and mortgage in favor of her son to secure her repayment of the settlement funds being withdrawn.

Eric Reiser was appointed as guardian ad litem for minor children in a case involving a request by the children’s father to be appointed as the fiduciary of his deceased ex-wife’s estate when he would be ordinarily precluded from serving in such a capacity under N.J.S.A. 3B:3-14 and the terms of his and his wife’s divorce property settlement agreement (“PSA”).   In his report to the Court, Mr. Reiser submitted that a plain reading of N.J.S.A. 3B:3-14(a) granted the Court discretionary authority to relax the application of the statute notwithstanding the fact that ordering such relief would contravene the PSA. Based on his investigation, Mr. Reiser advised the Court that a strict application of N.J.S.A. 3B:3-14 and interpretation of the PSA would not serve the best interests of the minor children, nor respect Decedent’s probable intent that the testamentary trusts in her Will be administrated by an immediate family member.  Based on Mr. Reiser’s recommendation, the Court appointed the minor children’s father as Administrator of the Decedent’s estate.